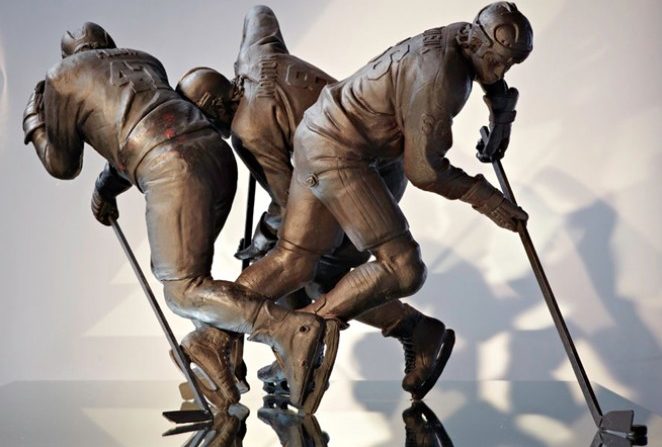 Scansite 3D’s role in the project began with scanning twenty-four inch tall clay maquettes sculpted by Bruce Wolfe. After extensive editing, the digital data was scaled to its final size and the three figures were CNC milled from extruded styrofoam. 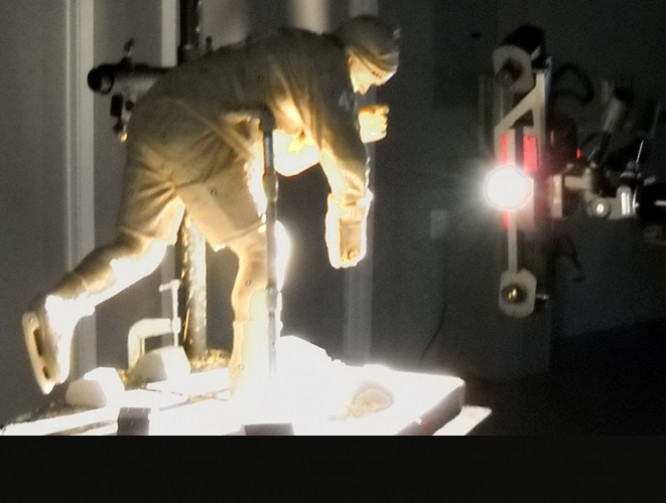 Clay macquettes of the three hockey players created by the artist Bruce Wolfe.

The macquettes were then 3D scanned using an ATOS structured light 3D scanner. 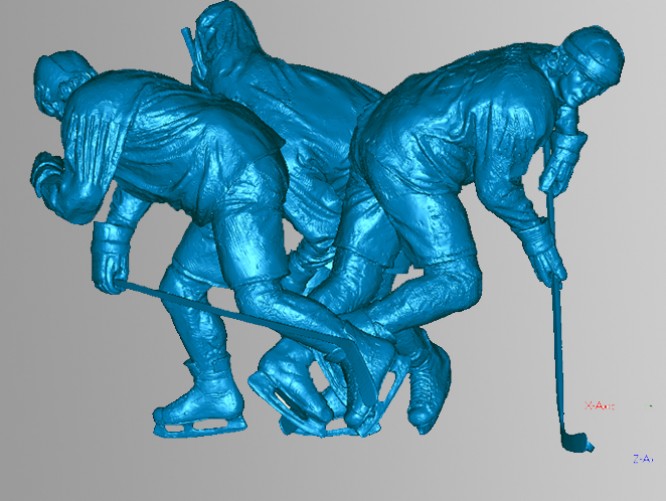 This image shows the 3D scan data in .stl (polygon mesh) format.  In order to get to this stage, the “raw” 3D scan was extensively edited to remove all holes and defects.

This data file can now be used for 3D printing or CNC milling. 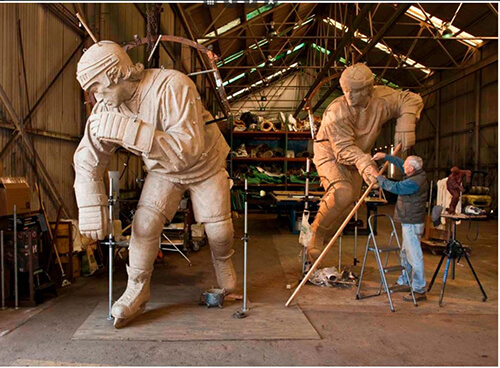 Re- texturing the clay surface allows the sculptor to precisely control the finish in preparation for the bronze casting. 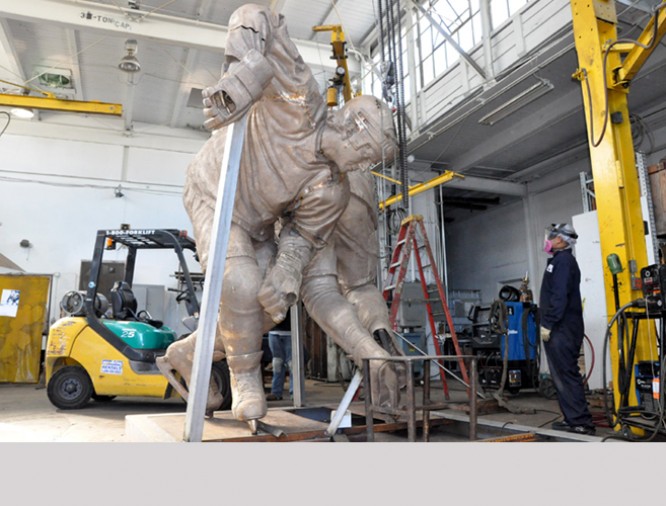 In this image the individual bronze castings have been welded together to create the final sculpture.  The final step will be to apply the patina. 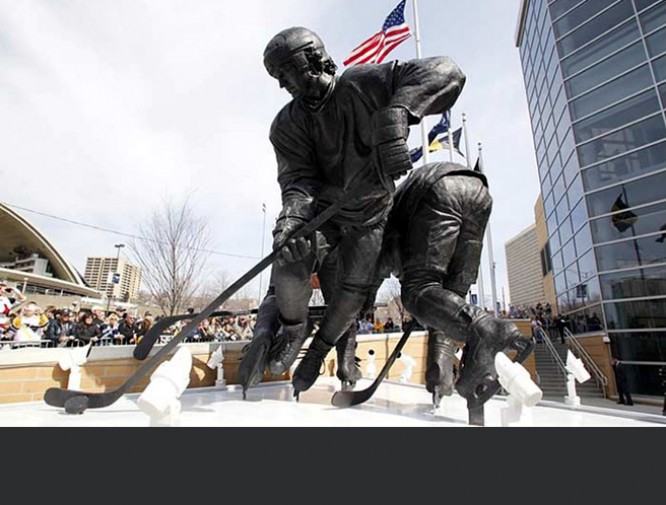 The “Le Magnifique” sculpture was dedicated  on March 7, 2012.  The 4,700-pound bronze statue features Lemieux skating through two defensemen on his way to scoring a goal, an adaptation of a sequence that took place Dec. 20, 1988 at Civic Arena against the New York Islanders.