The stakes were high when the Smithsonian Institution’s Air and Space Museum contacted Scansite to create 15 replicas of Neil Armstrong’s iconic spacesuit. Not only did the Museum want the replicas to be truly faithful to the original, they wanted them to be so exact that viewers today could experience the same magic of that fateful day 50 years ago when Armstrong became the first man to walk on the moon.

The life size, interactive “Apollo at the Park” replicas were in made in conjunction with the Museum’s 50th anniversary celebration. “Baseball parks are the perfect venues for new generations to learn more about that summer night on July 20, 1969,” said Ellen Stofan, director of the National Air and Space Museum. “The spacesuit replicas allow us to bring a piece of Apollo to Americans everywhere.”

Making such faithful replicas meant a considerable amount of creative thinking was needed and is exactly the kind of projects that Scansite is known for. “The first question we ask,” according to Scansite’s CEO, Lisa Federici, “is where do you want to be at the end of the day? Then we work backwards from there to come up with a reasonable solution within a budget. Often time, with projects like the Smithsonian’s, there’s going to a sweet spot between technology and craftsmanship.”

The project began in Washington D.C. where high resolution 3D scanning was conducted on the original spacesuit. The scanning presented significant challenges as the suit was made from several different types of material and included detail such as hand stitching, insignia patches, see-through gauges, metal ports, gloves, boots and Velcro. The suit also needed to be scanned upright and could not be moved during the process. This meant the material folded onto itself which created numerous undercuts and hidden surfaces.

The heavy lifting portion of the scanning was completed using a Breuckmann structured light scanner and a Faro touch probe. Once the data acquisition was complete, the file size amounted to over 5.3 gigabytes of information!

The next step of the process was to edit the data to create a watertight STL file in order to build a 3D print. Data editing on an object where the scanners had so many challenges meant a lot of missing information was going to need to be repaired. By using the surrounding topology of each hole as a guide, the engineers were able to fill in the missing information with the right curvature to get the data ready for 3D printing.

The 3D scan data was then used to create a full-scale, 3D print of the entire spacesuit. Using a 3D printer called a Voxeljet, the spacesuit was printed in 16 separate panels with a consistent wall thickness of .2″.  The panels were printed with tongue and groove edges to aid in the assembly and also to increase the integrity of the seams. Internal ribbing was integrated throughout for additional strength. The print resolution of a Voxeljet is 600 dpi and a full build consists of 3,333 individual layers; each having 150 microns per layer.

After printing the porous acrylic material, the panels were infused with epoxy which made them roughly 80% solid resin after infusion. The 16 separate sections were glued together and the full scale, finely detailed, 3D printed master model was complete!

The master model was then used to create a mold and 15 roto-cast resins were poured. Each casting was fitted with an armature and back filled with rigid foam.

The next step, and where the craftmanship part of the process comes in, was to hand-sand and hand-paint every copy. In 1969, NASA had developed custom paints to protect the metal ports, and particularly the visor, from the effects of the sun. There are no paints available today that are the same colors; therefore, research was conducted to create custom paints to match exactly. The artists also had to take care to make sure that each replica was the same as every other replica; including the hand stitching, see-through gauges, metal ports, gloves, boots, Velcro and moon dust!

The final step was to finish the replicas with a tough, autobody clear coat and mount each one on an engraved granite base.

Once the 15 replicas were completed, the Museum had one last thing they wanted to do to create even more magic for “Apollo at the Park!” An augmented reality app was developed that allows visitors to hold their phone over the spacesuit’s insignia patches and facts about the Apollo 11 moon mission appear!

The “Apollo at the Park” replicas are now on display at 15 MLB ballparks around the country and available for augmented reality experiences and photo opportunities throughout the summer and fall at the following locations:

Additional photos and videos about the project can be made available upon request. 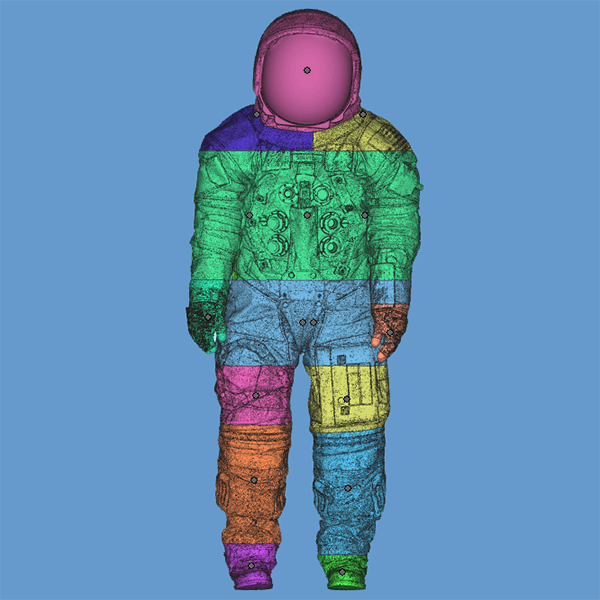 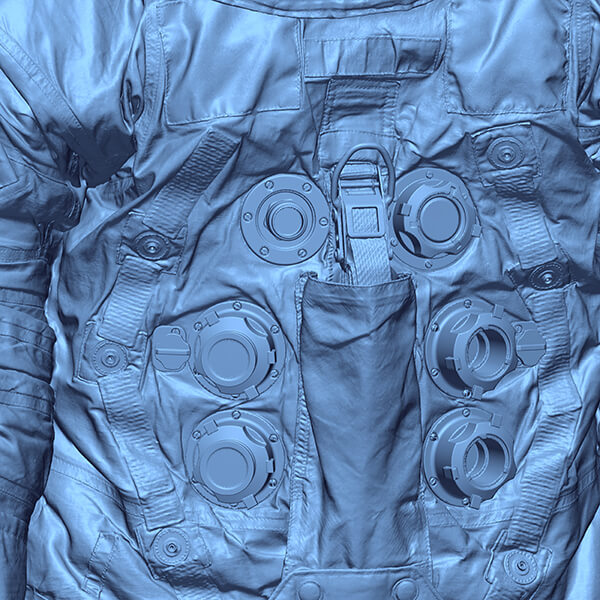 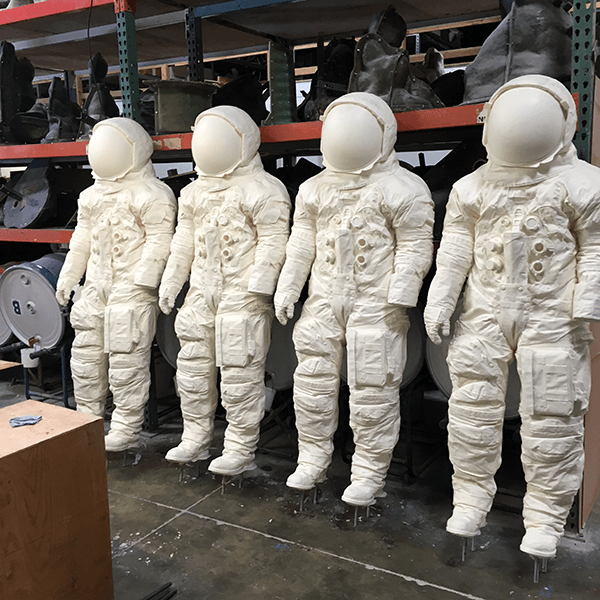 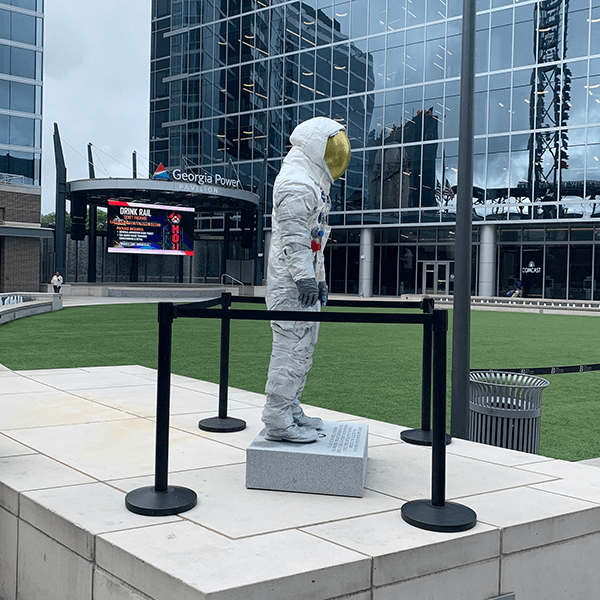 Finished model on display at the Atlanta Braves Stadium.